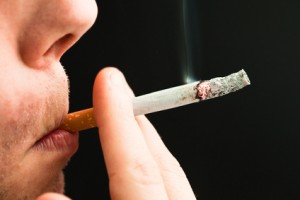 Cigarette smoking is closely correlated with high blood pressure, and new research indicates that it is also closely linked to damage to blood vessels and the build-up of plaque in arteries – a leading cause of stroke and heart disease.

While the general public is aware of the obvious health links between smoking and lung cancer, fewer people are aware of the immense damage to heart health regular cigarette smoking can result in.

Many of the chemicals in tobacco smoke actively harm blood cells. Doctors note that long-term smoking can lead to atherosclerosis – a disease that results in large-scale plaque build-up in your arteries.

This plaque can stiffen over time and significant reduce the blood flow of many of your body’s arteries, reducing the amount of oxygen-rich blood that can travel to essential organs such as the brain and elsewhere in your body.

Over time, atherosclerosis significant increases the risk of developing heart disease, arrhythmias and stroke. It also makes conditions such as high blood pressure, which are already prevalent among cigarette smokers, more dangerous.

Researchers state that even occasional smoking can cause serious damage to heart tissue and blood vessels. Artery blockages are thus one of many reasons to make it an important priority to quit smoking.

Despite this, people who consume one serving or less of alcohol per day (such as a single glass of wine or beer with dinner) typically have lower blood pressure levels than their peers who consume no alcohol.

The key to healthy blood pressure, then, is simple: a smoke-free lifestyle with light, occasional alcohol consumption and regular exercise. Quitting smoking today could be your first step towards a healthier lifestyle and lower, safer blood pressure. 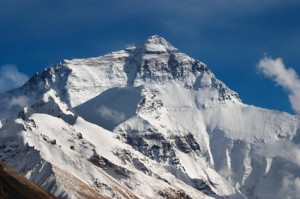 Do you have high blood pressure? According to new research from a team of Italian scientists, spending time in high-altitude areas could increase your blood pressure, exposing you to a number of health risks.

A recent study carried out on Mount Everest has revealed that blood pressure rises with altitude. Climbers that ascend to significant heights have higher blood pressure levels at altitude than they otherwise would at or close to sea level.

The study, published in the European Heart Journal, also shows that drugs used to treat high blood pressure become less effective at altitude, as the heart is forced to work harder to extract the same amount of oxygen from the air.

Participants were also randomly selected to receive an 80 mg dose of the frequently prescribed blood pressure drug telmisartan. While the drug lowered blood pressure at sea level, it had no significant effect at the 17,700 feet altitude of the camp.

The scientists responsible for the study believe that it shows people who spend time at high altitudes for work or leisure must be aware of its implications for their blood pressure and the efficacy of any blood pressure medication they use.

While the altitude of the Mount Everest base camp is certainly an outlier, there are many people with high blood pressure who actively use medication to control their health living at high altitudes where its usefulness as a treatment may be lowered.