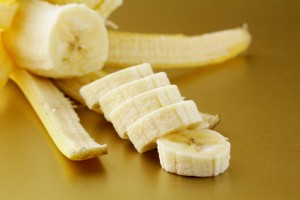 Foods rich in potassium offer a number of health advantages, including lowering the risk of having a stroke. Researchers have found that the health benefits of a diet that is high in potassium are particularly noticeable in older women.

A team of researchers recently studied over 90,000 women aged 50 to 79 over more than 11 years. The study was focused on the link between potassium intake and the prevalence of stroke or death due to a stroke within the period of the study.

According to the study, women with higher-than-average levels of potassium intake had a 12% lower chance of having a stroke. The risk of suffering an ischemic stroke, the most frequent form of stroke, was reduced by 16 per cent.

Ischemic strokes result from a blockage of blood to the brain through an artery. This type of stroke is one of many health risks that correlate with high blood pressure. As a whole, women who ate high-potassium diets has a 10% reduced risk of death.

Potassium has long been touted as an important part of dietary health. Diets rich in potassium typically result in overall good health, as potassium is particularly found in fruits such as bananas, as well as sweet potatoes and certain types of beans.

People that consume potassium-rich foods are also more likely to pay attention to their diet, health experts claim. Many of the key sources of dietary potassium are nutritional “superfoods” and nutrient-rich vegetables such as spinach.

A diet with large amounts of potassium-rich fruit and frequent servings of green vegetables may be the best option for preventing heart disease and other serious medical conditions, doctors claim.

Additional sources of potassium include potatoes, which typically contain 800 mg, and leafy vegetables. It’s recommended to meet your daily potassium needs via a balanced diet rather than supplements to avoid consuming an unhealthy amount.