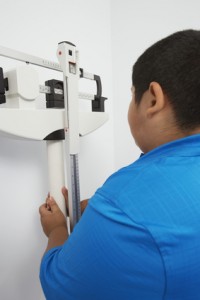 Data used to create the recent specialist warnings was sourced from a new German study that studied teenagers and young children with obesity who developed high blood pressure in adulthood.

The family Heart Study, which was carried out in Nuremberg, Germany, shows that obesity significantly increases the risk of developing blood pressure, even in young children. 18.6% of obese children involved in the study had high blood pressure.

This worrying statistic compares to a slightly lower 10.4% of overweight boys and just 5.7% of boys with a healthy weight. An astonishing 24.4% of all obese girls that took part in the study were found to have hypertension, compared to 5% of girls at normal weights.

Doctors have stressed the importance of developing healthy eating habits during childhood and avoiding high-fat, high-sugar foods that can contribute to serious medical conditions such as high blood pressure and heart disease.

Professor Schwandt, one of the researchers involved in the study, said: “Our study clearly shows that the fatter young people are, the greater their risk of prehypertension hypertension. Any weight loss they can achieve will help reduce their risk.”